Obesity is a metabolic disorder and can be defined as increased body weight caused by excessive fat accumulation which presents a risk to health with an increase in health problems and/or reduced life expectancy. Obesity is characterized by an increased storage of triglycerides in adipose tissues. In obese individuals, there is an increase in the incidence of various diseases such as cardiovascular disease, type 2 diabetes, certain types of cancer, and osteoarthritis.

Obesity is most commonly caused by a combination of excessive food energy intake, lack of physical activity, and genetic vulnerability. Diet quality can be improved by reducing the consumption of energy-dense foods and by increasing the intake of dietary fiber, for example brown seaweed (Fucoidan). Research has been focusing on finding natural ingredients, like Fucoidan, to help control obesity or finding a prevention. Therefore, research has focused on the development of anti-obesity medications which may reduce appetite or decrease fat absorption. Still, due to high costs and the adverse effects caused by these drugs, researchers have become interested in finding safe and naturally effective anti-obesity compounds derived from natural products, such as brown seaweeds (Fucoidan).

Brown seaweeds are marine macroalgae and have traditionally been used as food additives or flavoring materials in many countries. Brown seaweeds contain a variety of potentially bioactive compounds, but the most innovative and potent compound is known as Fucoidan. Fucoidan is a sulfated polysaccharide that may have health-promoting properties and play a role in modulating chronic diseases. Epidemiological studies comparing Southeast Asian and Western-style diets have reported an association between dietary intake of seaweeds and a reduced prevalence of chronic diseases including cardiovascular disease, hyperlipidemia and cancer.

In Japan, the recent spread of a Western diet including an increase in the consumption of meat and dairy products has coincided with an increase in the incidence of chronic diseases. A reduction in regular seaweed consumption and other dietary changes are particularly obvious in young Japanese people. Potential therapeutic benefits of seaweed consumption have been reported in the management of body weight and obesity. In vitro and in vivo animal studies provide most data available at present. Most studies assessing the short-term effects of brown seaweed (Fucoidan) consumption indicate that Fucoidan may support weight reduction. 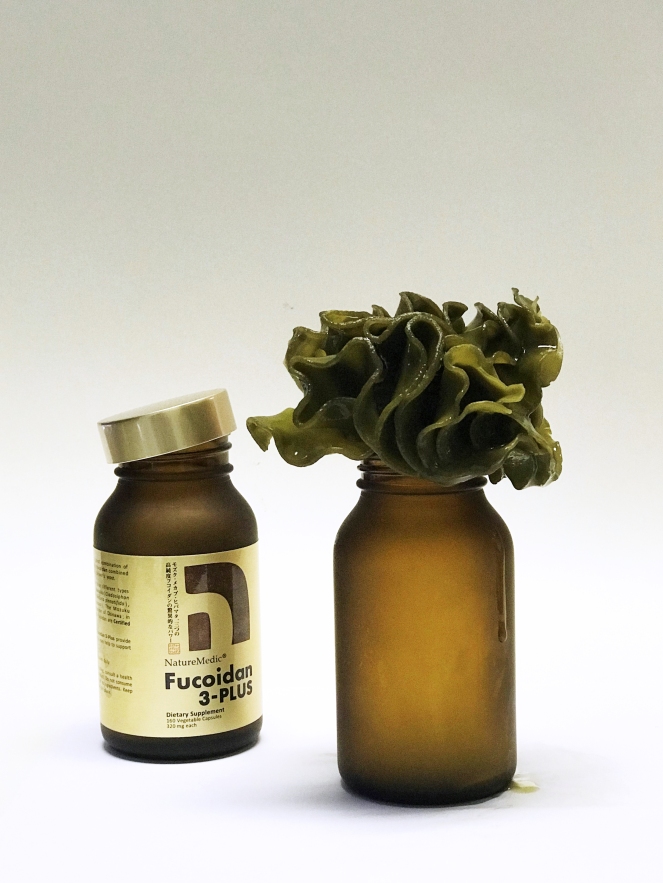 The Fucoidan mechanisms responsible for the weight reduction include delayed gastric clearance, stimulation of gastric stretch receptors and attenuated nutrient absorption. Long-term studies in humans are required to allow firm conclusions. Animal studies have investigated potential anti-obesity effects of Fucoidan on adipogenesis and the inhibition of major lipid hydrolyzing and metabolizing enzymes. The results of these studies suggest beneficial effects of Fucoidan on body weight and the percentage of abdominal white adipose tissue. In conclusion, research findings suggest potential benefits of Fucoidan on obesity. Future investigations related to Fucoidan are needed to establish a more solid foundation regarding the therapeutic efficacy in the management of overweight and obesity and elucidate the underlying mechanisms of actions.